I’ve been excited about sharing this post for a long time. I didn’t write it though, except for this little introduction. It’s a guest post from my friend Bradley Charbonneau, and it’s been a long time coming.

I woke up this morning and thought about how I could explain the way it feels to publish this… because, it’s a pretty big deal. It’s basically a superhero story. Basically.

I thought about just telling you the story, trying to sum up the way it started, with three guys talking in a cafe in downtown San Francisco back in November of 2012.

Bradley runs a web development company and is a sort of business partner to me, but I always knew he had a secret past life as a writer. Sometimes he would talk about his writing days, about magazine articles and publishing his first book a decade earlier, about that other book, the “real” one in the drawer that just needed to be dusted off. He always lit up when he talked about writing, about how he’d like to do it more, get back into it and be a writer again. Most people stop there. They reminisce, talk about what they’d “like” to do differently, but nothing really changes.

Sitting in that cafe, Bradley said something really important. “A writer is someone who writes.”

I was really excited about doing monthly experiments to create new habits, so, I challenged him to write every day for a month to see what happened. He said he’d do one better, he’d write AND publish something every day for a month. We left the cafe and he got to work.

“So here we go, it’s November 1, 2012. I’m hoping, I’m even smiling to myself (no, really) that I’ll look back on this day with pride and say that was the day that it all began. Whew, exhilarating.” – Bradley Charbonneau, the unstoppable writing machine.

I honestly don’t know how to describe what happened next because it’s hard for me to believe it, but it’s one of the best things I’ve ever had the privilege of watching. Bradley wrote and published something every day for a month. I saw him start to change right away. He was excited and energetic. He’d say things like, “I’m feeling like a writer again” and “writing is bringing me closer to my kids” and “I’m falling back in love with writing.” He didn’t stop when the month was over.

He wrote and published something every day for 100 days, then 200, then 300, then a year, then 500 days. He wrote and published a book with his kids on the 10-year anniversary of publishing his first book. Then he did it again a year later. He became unstoppable. Today is his 1,000th post in a row. I asked him to publish it here.

NOTE: please see the questions at the bottom of this post. I’d love to get your feedback and questions about your own Write Every Day experience.

What began as a 30-day writing experiment has transformed into a 1,000-day, life-altering way of life.

I just had a look at that first post I wrote on that very first day and these are the first few lines:

Today, June 24, 2015, I look back and I wonder who that person was. I don’t even know that person anymore. I even feel sorry for that guy as he’d been suffering for so long. Wanting to do something, wanting to be someone that he hadn’t been. Today, I see a blank screen and there is no fear. If there is hesitation, it’s only about which direction to start. The blank page is my friend. In fact, we’ve become good friends.

I’m going to make a statement here that I classify as 100% Cheesy, straight out of the self-help books, heard in the hallways of overpriced and overhyped power weekend seminars, but I’m going to say it anyway:

I get it. Go ahead and heave your lunch. I’ll wait. But there’s no other way I can describe it that doesn’t lessen the impact. It has transformed who I am. It’s the perfect example of how small change, bite-size change, one-day-at-a-time change can lead to Big Change. It didn’t happen after one day, I don’t know if it happened after 30 days. I don’t know when it happened. But that’s both the easy part and the hard part: it just happens because it becomes a habit, it becomes what you do, who you are. You no longer think, “Oh, I should do that thing, I’m supposed to being doing that experiment I signed up for.” You just do it because it’s now not only a part of who you are, it is who you are. You don’t worry about yesterday or tomorrow, just today.

A journey of a thousand miles begins with a single step. — Lao-tzu

I know, I know, I hear you, “Dude, just tell me that you made a million dollars and have movie deals lined up and how you did it so we can also do it.” I get it. Here you go. I’ll give you one word that I (re)found having now accomplished this marathon feat. It may be hard to grasp and not quite as tangible, but you’re going to have to believe me that this is better than a million dollars and a movie deal, it’s more powerful than a gazoollion Twitter followers and a hack-a-moollion Facebook likes. But here’s the catch: you won’t believe me if you don’t yet have it. If you do have it, you’ll know exactly what I mean. Here’s the more-than-million-dollar transformational word:

You see, before November 1, 2012, I didn’t have much of that. Well, actually, I had plenty, but not in areas that I terribly cared about. Rereading those few opening sentences above makes me feel like I possibly didn’t have any. That’s not a fun place to be. In fact, it’s a scary, depressing and powerless place to be. It also just sucks.

One day at a time. Through sick days, bad WiFi, low batteries, a creative mind full of zero original ideas, I made it through. Kids who want to play basketball, clients who need PHP upgrades, wife who needs me to get out the door for dinner, my brain done for the day hours previous, even just minutes left before midnight. But I got it done. It just became what I got done on a daily basis. Brushing my teeth, writing my post. Simple.

As John has noted in many of his experiments, the original goal of the experiment might become less important as other elements come into play. Here are some “side effects” of my daily postings that I had not expected, not even dreamed of. But now that I understand how they came about, it makes my daily post all the easier.

Was it a success? That’s an easy one. My only goal was to get back into the writing habit. I can confidently say that I have that back. But the bonuses that came on top make even that lofty goal pale in comparison. Here are a few.

I could list more. In fact, lots more, and I will, but I’m going to dwell on it.

What I’m both surprised and not surprised about is what’s next. You might think, “Whew, after that, I bet you’re ready for a break!” or maybe, “Man, take it easy for a while!” But I have something of the opposite. Somehow, I feel like this was just the warmup, this was little 5k Fun Run before the marathon. But I’m in such good shape that it all sounds easy. Writing more? Putting together books? Easy. Here’s the thing: I’ve built a machine. I’m a human conveyor belt. If you want something done, just put it on the belt and it will get done. Daily. Without question, without delay. The best part? I like doing it. I can’t not do it. I don’t want to not do it.

But my more rational or logical plan is really to get my writing “out there” more. Out of just my hands and into others. It’s an entirely different world and that’s exciting and daunting. But hey, remember that I can do anything? I have no fear and if I just treat it as experiment, then I can’t fail.

People have asked me to list some favorites from the 1,000. Here’s a list in no particular order.

If you have any questions or answers to these questions, please let us know in the comments below.

I’d love to hear about it in the comments!

View all posts in this series 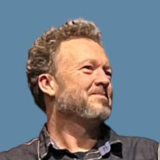 I don't like to call them excuses. They're priorities. With a handful of exceptions, we usually have a choice in our actions. They just need to be prioritized. "Be as you wish to seem. -- Socrates"

Challenge yourself. Try something new. Improve your lifestyle. Create better habits. One month at a time.

Posts You Should Read Today

I started the Monthly Experiments Project because I wanted to create a better life. Find out how you can do the same.

How To Start a Blog

Challenge yourself. Try something new. Improve your lifestyle. Create better habits. One month at a time.

When you dedicate yourself to trying something new for 1 month, you will grow and change more than you can imagine.

Ready to push your limits & try something new?